Pipe element can be used to convey elements across the length of the drawn pipe in any element you want at a randomish preset speed. It takes some work to get it perfect but it's well worth the trouble for several reasons.

First you have to actually draw the element. From the moment you click with the cursor the drawn Pipe element will start a countdown at which point it will encase itself in a protective shell. Unless you have the game paused, make sure you don't get caught behind the shell generation.

After it generates its own wall, wait for a moment, and then delete a part of that encasing wall that you want the particles to EXIT from. Take special care to arrange your pipe so you know what end is coming and what end is going.

Once you've made an opening, red green and blue lines will begin appearing outwards from the point of origin until they run out of space to move. Later these lines will be absorbing and moving the elements you want going through the pipe. Wait until these lines are completely finished drawing from start to finish...

And after the lines reach the end, open another hole. This second hole will be the ENTRANCE for elements to be moved, so be mindful. With this done, the pipe is ready!

With careful planning you can make pumps to move elements without even using fan walls or pressure. The elements only have to touch the open end to be sucked into it.

...You can also manipulate this manually, if you want. 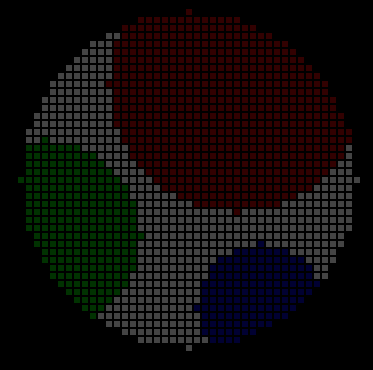 If you pause the game before drawing Pipe, you can cool the elements to change what Pipe element that they'll turn into. The three examples here are cooled sections of normal pipe, each at a different temperature. You can use this function to manually draw your own pipes without relying on PIPE's automatic generation programming, though it's time consuming to say the least. Another way to do this is to change the CTYPE of the pipe. DUST is the normal gray pipe, OIL is green pipe, WATR is red, and FIRE is blue. 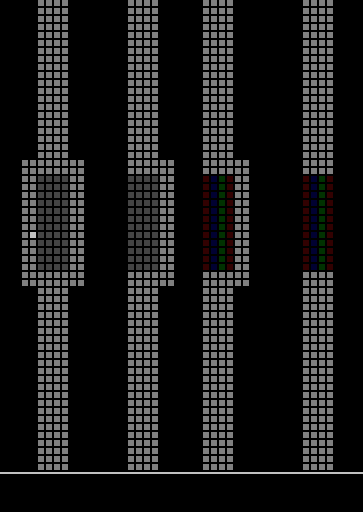 By following these steps... (the brick is the same color as wall but it doesn't matter)

You can produce functional one-way barriers to elements. Go on, try it out.

If you make your pipe exactly 1px thick when it's generated, and make sure there are no pixels on the corners, the pipe will pump -especially- fast. So long as you make the exits and entrances wider, it's actually much faster than most thicker pipes.

For more info, you can also visit Using_automatic_PIPE_tracks